What Does It Mean When A Vape Pen Blinks?

Rokin > Vape Pens > What Does It Mean When A Vape Pen Blinks?

The LED indicator gives you an idea of what is going on inside your vape pen. When your vape pen has a problem, the LED indicator will change colors, pulsate or blink. Not all vape pens are the same and it is important to understand what your light indicator means on your device. While sometimes the reason behind the blinking is obvious such as low charge, improper installation, or connection problem, in some cases, the vape pen starts to blink for no good reason, which can be confusing.

What Does It Mean When A Vape Pen Blinks? If you are asking this question, you should know that vape pens have different blinks that mean different things. Here are some of the common blinks that your vape pen can have and their meaning:

Why is my vape pen flashing 3 times?

If your vape pen blinks multiple times, it could mean you have a connection problem between the battery and the heating oil. The pen will also blink multiple times when you have a short circuit in the tank. Sometimes the pen will blink three times without the tank. If this is happening to your pen, you might be having a battery problem. If the LED blinks when connected to the tank, it might be due to a poor connection.

Why is my vape pen flashing 4 times?

Some pens will blink 4 or more times when the atomizer resistance is lower than 0.1 ohms or higher than 2.5 ohms.

Why is my vape pen blinking 5 times?

In most cases, your vape pen will blink five-time or more times immediately after inhalation or usage, and it’s often a sign of a low battery. To fix this issue, you need to charge your battery. You should note that even when you screw in your battery for charging, the LED will still blink, indicating that the charging process has begun.

Why is my vape pen blinking 10 times?

The vape pen will sometimes blink 10 or more times due to plenty of reasons. The most common ones being: Dying battery:  Most often, the vape pen will blink ten times when the battery is too low for proper vaping. To fix the issue, recharge the battery. Low voltage: If the battery is charged but the pen is still blinking, it could be due to a low voltage. Low voltage often comes about due to poor battery connections, either due to dirt or improper lineup. To restore your pen to proper working condition, make the necessary adjustments.

Why is my LED light blinking different colors?

Some of your devices will blink red under different situations, and each situation has a different meaning. If the pen blinks red when vaping, it’s a sign your battery is going low (below 30%), and it’s time to recharge it. On the other hand, if the red or another color blinking happens when charging the pen, it simply means that the charging is happening.

If the blue blinking happens when you are vaping, it could be a  sign you have medium battery power (at least 30%).

When you are vaping, and the pen blinks green, it could mean you have full or near full battery power (at least 70%).

Why won’t my vape pen hit?

Sometimes you will have the vape pen fully charged, with enough cannabis material, and no blinking lights, but still, it won’t hit. This can be brought about by a variety of factors, with the most common ones being: The battery is off: Sometimes, you will have a full battery, but if you don’t turn it on, you won’t get the hit you are looking for. Depending on your vaping device, you may need to press the firing button five times to bring it to life. When the device comes on, check the indicating lights. If the battery is full, you should have green lights, but if they are red or orange, you may have to recharge them or replace them with a fresh set. Firing pin sitting too low: The firing pin is designed to move up and down to connect with the clearomizer and give you a solid electrical current to the coils. Sometimes due to excessive use or abuse, the pin will get too far down into the connector, and it fails to make a connection hence the reason you aren’t getting a hit even when everything else seems to be working properly. Flooded coil and atomizer: If your tank is full, but you aren’t getting any vapor, or the vapor is too low, it could be due to a flooded atomizer or coil. To fix this, take your atomizer apart and clean it using a paper towel. You can alternatively blow through it to remove the excess liquid. While at it, look at the firing pin and connector. If the liquid has leaked out of these areas, clean them with a bit of paper towel or cotton swab to ensure a solid connection.

What do the colors on a vape pen mean?

When the vape pen is on, it can give different lights that vary depending on the voltage setting. To change from one setting to the other, you need to click on the button twice. Are you new to vape pens and are wondering what do the colors on a vape pen mean? Well, they have different meanings depending on the device: Red: This is the highest voltage (4.0 volts). You get the biggest vape hit when you vape at this setting, but you often sacrifice the flavor. Some THC cartridges even begin to burn in this setting. Blue: Also known as, the dab mode, the blue light will come on when you are vaping at 3.8 volts. You should only vape at this voltage when you are vaping extracts with a 510-thread wax atomizer. To avoid damage, only use cartridges that can take the setting. Green: The green light will come on when you are vaping at a 3.6 volts setting. This is the best setting as it has been proven to prolong the battery life and, at the same time, reduce the heat used in vaporizing the contents in the cartridge.

What is the best way to charge a vape pen battery?

For the best charging experience, charge the batteries at a moderate temperature (50-86 degrees F). It’s common for the battery or device to get hot during the charging. When this happens, disconnect the device from the charger and wait for a few minutes, then reconnect it. If the device heats up again, you most likely have a battery or charger problem. Diagnose the problem to find the cause. Keep a close eye on the vaping device and disconnect it from the power as soon as the green light comes on.

Sometimes your vaping device will blink, then the lights go off, and it continues functioning normally. Other times, the device will blink and still function properly. Even if it’s still working, you should not ignore the blinking as it might be a sign of a deeper underlying problem. Move with haste, find out the reason for the blinking, and fix it before it’s too late. 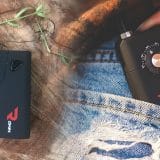 * Free shipping to the continental USA for all orders over $50. No shipping to Arkansas, Utah, Oregon, and Vermont.

© Copyright 2022 · Rokin. Website Design and Marketing by: Brand Plus Agency

Intended for sale to adults 21 years or older.
If you are not of legal age in the state where you live, please do not enter this website.